Sailing on Freedom of the Seas with Royal Caribbean 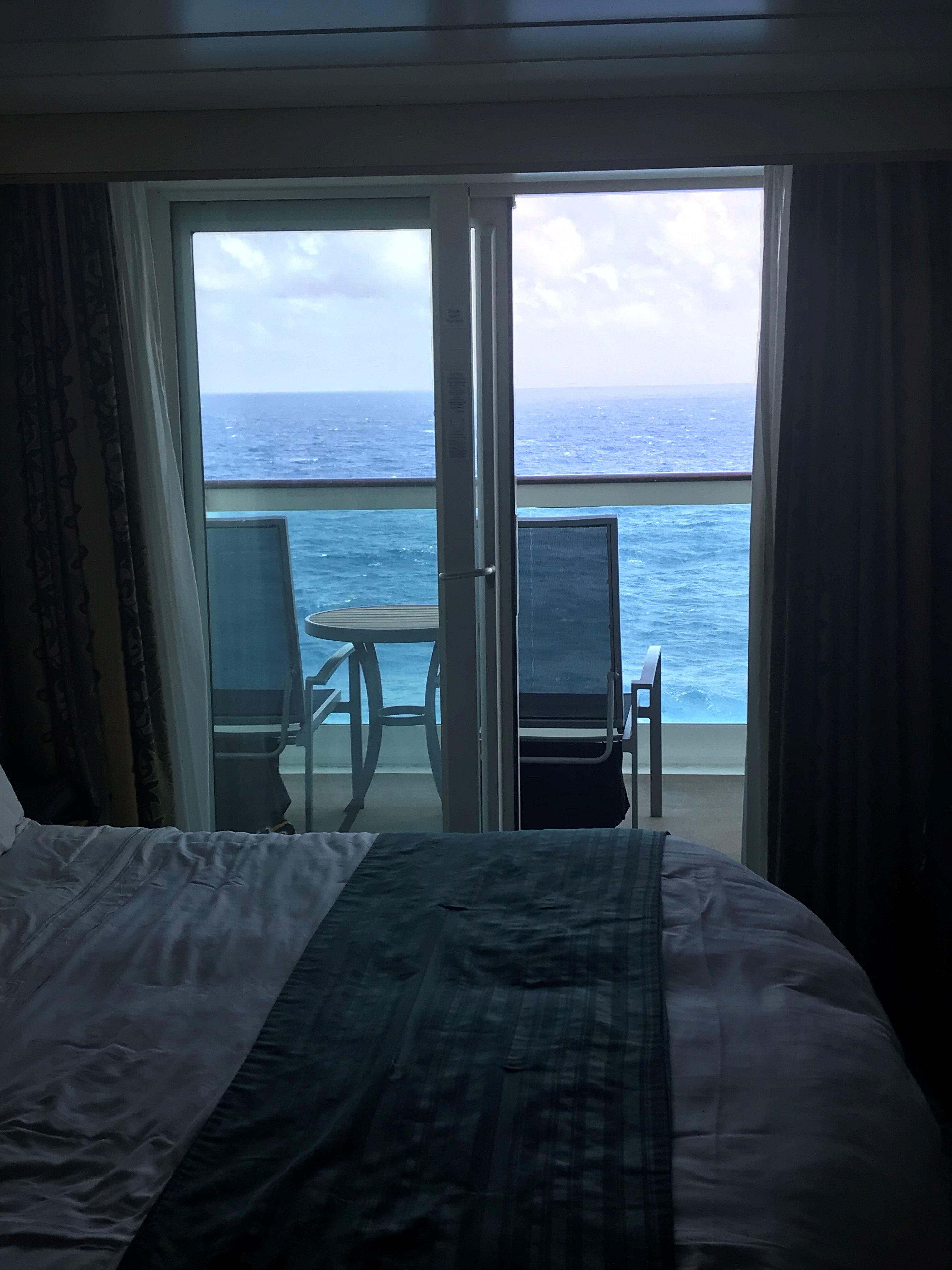 My family and I just got off Freedom of the Seas with Royal Caribbean, sailing from San Juan to Aruba, Curacao, St. Kitts and St. Thomas. The cruise was amazing the crew very friendly especially Ralph our steward who made sure that our room was clean almost every hour. Felt like every time we left the room when we came back it was cleaner and my husband and I had a running joke that the toilet paper was pointy again. So he had come in while we were gone and folded the toilet paper into a point.

We did the drink package which was worth the money if you are going to have at least four or five drinks a day or pop, which honestly didn’t take much considering they have Mimosas at breakfast and all kinds of top shelf drinks, Including specialty coffees.

We also did an excursion at almost every port except for St Thomas where we did our own thing by catching a cab which worked out well. But the excursions were also amazing mostly boating out to locations and snorkeling, scuba and beach relaxation. In Aruba, Curacao and St. Kitts, there was a large shopping area right off the boat which was nice if you were doing an excursion and you wanted to just do a little bit of shopping before or after.

For individuals in wheelchairs or with disabilities they are very accommodating with ramps and elevators, there’s almost nowhere you can’t go. However, I didn’t witness handicapped enabled rooms but I’m sure they probably exist.

For the kids, there’s a very good kid’s program where moms and dads can drop their kids off and have some fun on the boat by themselves while the kids are entertained by the staff. There’s also a really good tween area where they can play ping-pong and hang out in a lounge from 12 to 17 years of age. My 18-year-old found it a little bit hard because he didn’t fit into the 17 area and it wasn’t really anything for his age group. But he still did some rock climbing, golf, and the surf simulator and had fun with that.

One caution, as with most cruise ships is that there are restaurants that are not included in the price of the cruise. They are à la cart and there is an extra charge for those but they’re usually very good about marking the ones that are paid restaurants.These restaurants are sit down and you are waited on.

We had specific times assigned for our dining time and a specific restaurant that was casual most nights. Two times in a week they have formal nights if you choose to go. You don’t have to go to this restaurant if you don’t want to. There is a really nice buffet called the Windjammer that will serve quite a few people because it’s very large, the full back of the ship on the 11th floor.

It’s a good idea to pre-pay the gratuities, it’s a little pricey but it’s in Canadian dollars if you pay it up front where as if you don’t pay it up front they just tack 18% onto your cruise for various tips and it’s in US dollars.

If you have any questions or require additional information on this ship (Freedom of the Seas) or the Allure of the Seas, I’ve been on both and be happy to assist 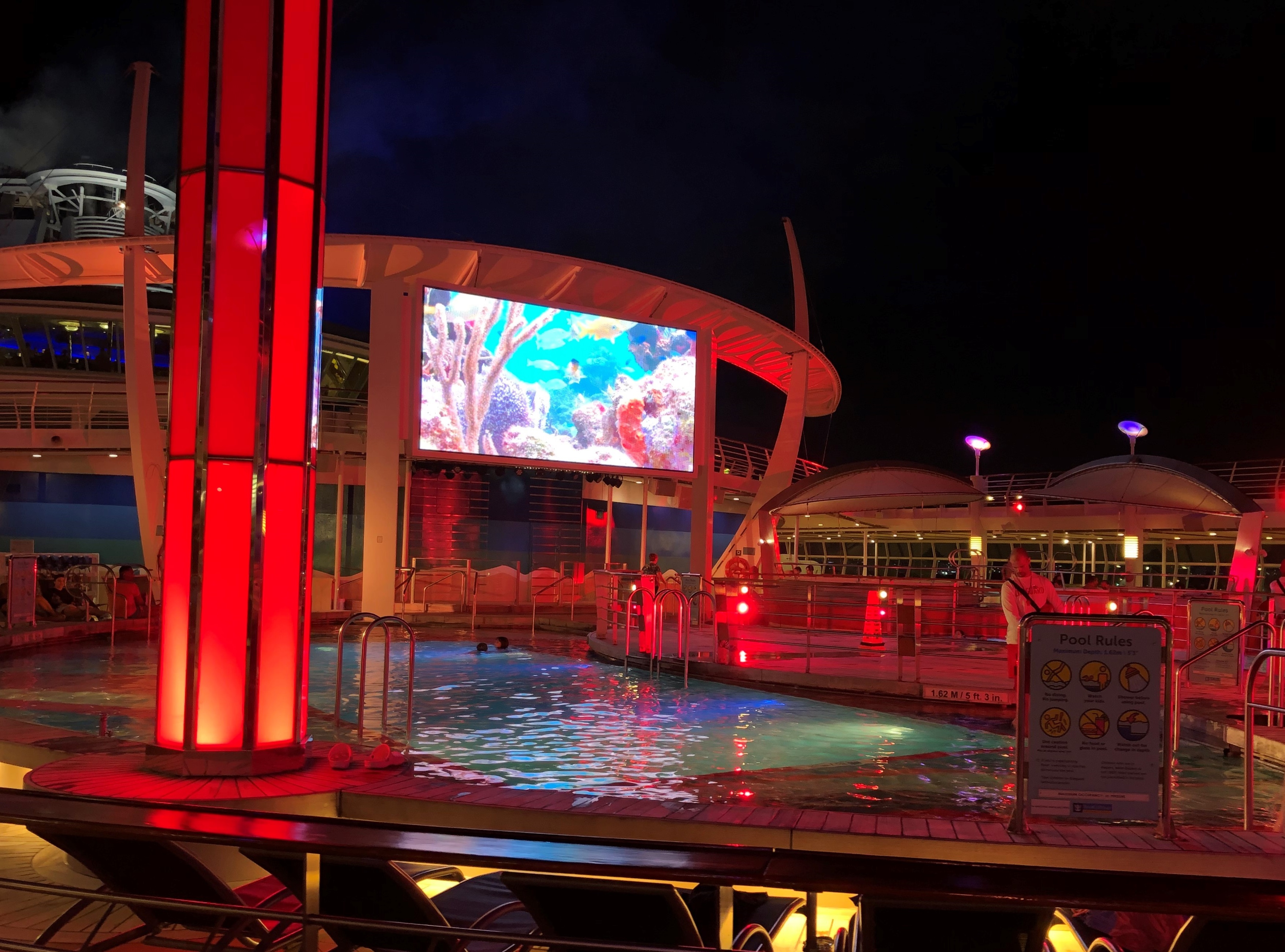