I’m sure you’ve heard people mention “The Azores” and nodded knowingly as if you knew what and where they are. To be honest, until my work in travel, it was a mysterious place that I never quite got around to investigating. Now it is on my bucket list of must see places!

The Azores Islands are a Portuguese archipelago (a fancy word for a chain, cluster or collection of islands) in the Atlantic Ocean, located about 1,500 km (930 mi) from Lisbon. This archipelago forms the Autonomous Region of Azores (less fancy word for having the right or power of self-government). It is one of the two Autonomous Regions of Portugal, along with the archipelago of Madeira. The nine major Azores islands and the eight small Formigas (back to a fancy word for a group of uninhabited rocky outcroppings) extend for more than 600kms. The islands are divided into three groups: Western--Corvo and Flores; Central--Faial, Graciosa, Pico, São Jorge, and Terceira; and Eastern --Santa Maria and São Miguel. The vast extent of the islands defines an immense, exclusive economic zone of 1,100,000 Km2. That is vast! All of the islands have volcanic origins, although Santa Maria also has some reef contribution. Mount Pico on Pico Island is the highest mountain in all of Portugal. In fact, the Azores are actually the tops of some of the tallest mountains on the planet, as measured from their base at the bottom of the ocean. How amazing is that?!

There are differing accounts regarding when the Azores Islands were discovered. After 1420, regular expeditions captained by Gonçalo and other mariners, began exploring to the west and south of continental Portugal. On August 15, 1432, a small sailing vessel with a dozen crew landed on the island that is now Santa Maria. The island of São Miguel was next, populated in 1444. Terceira Island was the third island to be discovered, and its name literally means "Third Island". It was originally called the Island of Jesus Christ, first settled in 1450. Graciosa Island was settled shortly afterward by settlers from Terceira. The explorers advanced quickly into the rest of the archipelago, finally reaching the more westerly islands of Flores and Corvo. Flores Island was discovered in the late summer of 1452 by Diogo Teive and his son João de Teive. The island's charter passed to Fernão Telles de Meneses, who only populated the island with sheep in 1475. The island became permanently populated in the year 1510, by people from various regions of continental Portugal. The sheep were happy to have company! 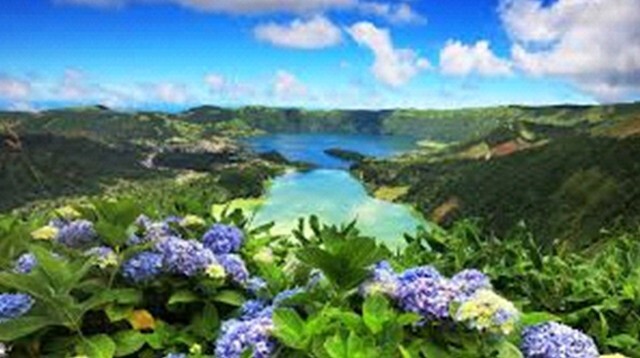 The fertility and beauty of the Azores contributed to population expansion. The islands were soon exporting wheat to North Africa, sugar cane and dyes to Flanders, and oranges to the British Isles. This was also a time of great upheaval - many historic naval battles were fought in the waters of the Azores, in addition to continuous attacks on trade vessels by corsairs and pirates. Fortunately, the following centuries were calmer. During the 16th and 17th centuries the Azores archipelago was a center of trade between Europe, America and India. Its ports sheltered and serviced galleons loaded with treasure. It was a time of great prosperity. In 1820 the calm was broken by civil war in Portugal which had strong repercussions in the Azores. In 1829, in Vila da Praia, the liberals won over the absolutists, making the island of Terceira the main headquarters of the new Portuguese regime.

Still, the archipelago continued to flourish during the 19th and 20th centuries with the introduction of new crops, the development of industry, and progress made with stock-breeding and fisheries. Today the Azores’ main industries are tourism, raising cattle for milk and meat, and fishing.

Are you still awake?

If you enjoy history, you likely enjoyed that first section. And that was just a teaser--there is plenty more where that came from. Hundreds of years worth, in fact. If not, you might be ready for a new topic--why travel to the Azores?

Let's talk about the weather….

It is spectacular! The Azores have a tepid, oceanic, subtropical climate, with mild annual temperatures ranging from 15°C to 27°C. The average temperature is 18°C. How nice would that be year round? The driest month is July and the wettest is November with annual rainfall of only 80 mm per month. It is fairly humid so don’t bother packing your hair-straightener! Average relative humidity ranges from 73% in August to 80% in December and January. Good news - frost is non-existent in the Azores and the ocean water temperature ranges from 17°C in the winter to 25°C in the summer. Light clothes, with a jacket or sweater for the cooler days or nights are enough all year round. A light raincoat is welcome as there are often short showers followed at once by sunshine. “The Days of the Four Seasons” (as the Azoreans affectionately say) are more prevalent in the months from October to April. All in all, what’s not to love? 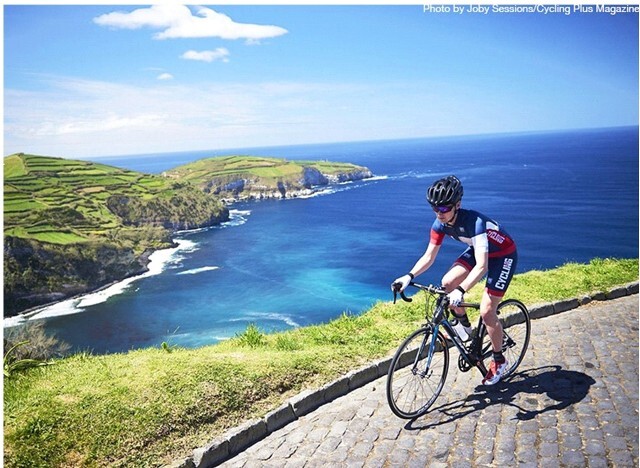 The options are abundant! In addition to breathtaking scenery, incredible beaches, museums, cultural centres, outstanding culinary offerings and interesting shops, the experiences in the Azores are very much focused on nature. The islands offer canoeing, kayaking, whale watching, big game fishing, bird watching, bicycle tourism, paragliding, canyoning, geotourism, golf, hiking, horseback riding, scuba diving, surfing and yachting. Hmmm………..two of these things are not like the others……..

Canyoning (or canyoneering) is traversing a canyon or gorge by combining hiking, climbing, swimming, and/or abseiling. To navigate paths along streams, pools, and waterfalls, a canyoneer will slide, jump, and descend down through the gorge, often using technical equipment for safety. This requires a certain level of expertise. Routes are classified by order of difficulty and require different levels of preparation. Just as in diving, there is a process of certification for novices and there are upper level courses for the most demanding routes. The Azores are located in the Mid-Atlantic Ridge, a region composed of nine volcanic islands, three of which provide excellent canyoning conditions. Local operators provide the necessary equipment, such as helmets and neoprene suits, as well as guides and monitors with credentials. São Miguel, São Jorge and Flores offer a vast supply of beautiful canyoning options and itineraries, all of which are unique to each island. The Island of Flores provides the most diversified itineraries, from large vertical descendents to simple tracks. The Island of São Jorge mainly features large vertical descendents. There are also interesting spots on the islands of Santa Maria and Faial. 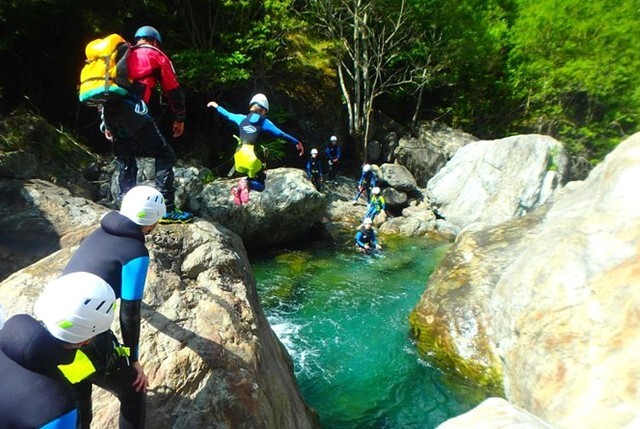 Geotourism is defined as tourism that sustains or enhances the distinctive geographical character of a place - its environment, heritage, aesthetics, culture, and the well-being of its residents. The Azores developed on 1766 volcanoes, nine of which are still active. Underground, almost three hundred volcanic cavities have been surveyed. The landscape is filled with dry calderas, craters, lakes, fumaroles and thermal water springs. In the sea, there are submarine geothermal springs.

A Special Place – The Azores Geopark

The Azores Geopark joined the European Network and Global Geoparks Network in March 2013 under the sponsorship of UNESCO. This was done to promote and protect the geological heritage of the archipelago, while promoting the sustainable development of the Azores’ environmental, cultural and socio-economics. The appreciation of geodiversity, the richness of its natural heritage and scientific, tourist and educational advancement of the Azores’ geosites are essential pillars of this initiative.

With this in mind, a limited number of caves and ravines are open to the public. There are approximately 270 natural caves known throughout the archipelago. These can be visited year round, for scientific or recreational purposes, with a professional guide and the proper equipment. There are local companies working solely on speleological visits (very fancy word for the scientific study of caves). The Regional Government can be contacted via the Regional Secretariat for the Environment and the Sea to request permission to visit the spaces that are not opened for public viewing. Most of the caves that can be visited by the general public have fixed opening hours during spring and summer. In other months, you can pre-book a visit. Open-air volcanic phenomena can be visited year round. Visiting volcanoes is especially popular with multi-generational families. 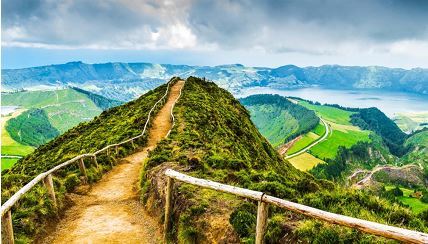 We hope you have enjoyed this trip to the Azores. It is a truly magical place.

When travel resumes, we are here to help you check mark this destination on your bucket list!